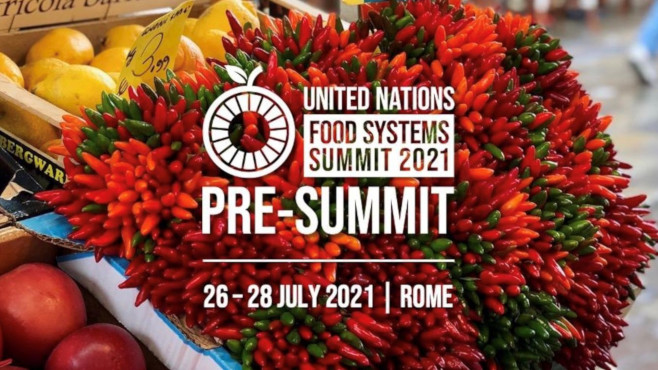 The UN Food Systems Summit will be held at the level of heads of state or government in connection with the UN General Assembly in September. Minister of Agriculture and Forestry Jari Leppä and Minister for Development Cooperation and Foreign Trade Ville Skinnari represented Finland at the ministerial level Pre-Summit in Rome on 26–28 July.

The UN Food Systems Pre-Summit brought together an unprecedented number of participants: nearly 20,000 virtual delegates and around 500 in-person delegates. More than a hundred ministers from all over the world, including small island states, contributed to the discussions. In addition to representatives of different states, a large number of representatives from civil society organisations (CSOs), food producers, business life and academia also attended the meeting.

The ministers of the Finnish Government participated in the meeting virtually. Minister Leppä delivered Finland's address to the meeting and presented Finland's efforts to improve the sustainability of food systems, including the One Health approach, school meals, nutrition recommendations, the Shared Table concept, and research and innovations related to carbon sequestration in the soil.

Minister Skinnari gave an opening speech at the thematic session on school meals. In his speech, he emphasised the importance of school feeding for children's health and learning outcomes. According to him, free school meals have been one of the factors contributing to Finland's development into a welfare state. Minister Skinnari is the World Food Programme (WFP) champion for school feeding and he directs global work to set up a coalition to support school feeding worldwide.

In her speech, UN Deputy Secretary-General Amina Mohammed emphasised the importance of food systems in the efforts to achieve the other Sustainable Development Goals. In her opinion, the SDGs can only be achieved by improving the sustainability of food systems. Mohammed also emphasised that it is important to involve all parties in the work.

The meeting placed particular emphasis on the contribution of women, young people and indigenous peoples. However, some CSOs criticised the role given to large companies in the preparation process and protested against the Pre-Summit by organising a shadow meeting at the same time. Deputy Secretary-General Mohammed appealed to the organisations and expressed her hope that they would also participate in the process – active involvement is the only way to exert influence on the content of the work.

The meeting repeated several times the same serious facts: as a result of the COVID-19 pandemic, more than 800 million people are suffering from hunger and as many as three billion cannot afford nutritious food. At the same time, the deadline for the Sustainable Development Goals, the year 2030, is only nine harvests away.

We must change the course of development quickly and effectively, otherwise the goals will be beyond reach. Commitments and measures in support of food systems are needed immediately.

At the end of the meeting, seven action tracks with a wide impact on the sustainability of food systems were presented: nutrition and eradication of hunger, reduction of food waste, school feeding, agroecology, blue (water) foods, livelihoods and working conditions, and resilience. The objective is to involve as many countries as possible in the coalitions working towards these goals.