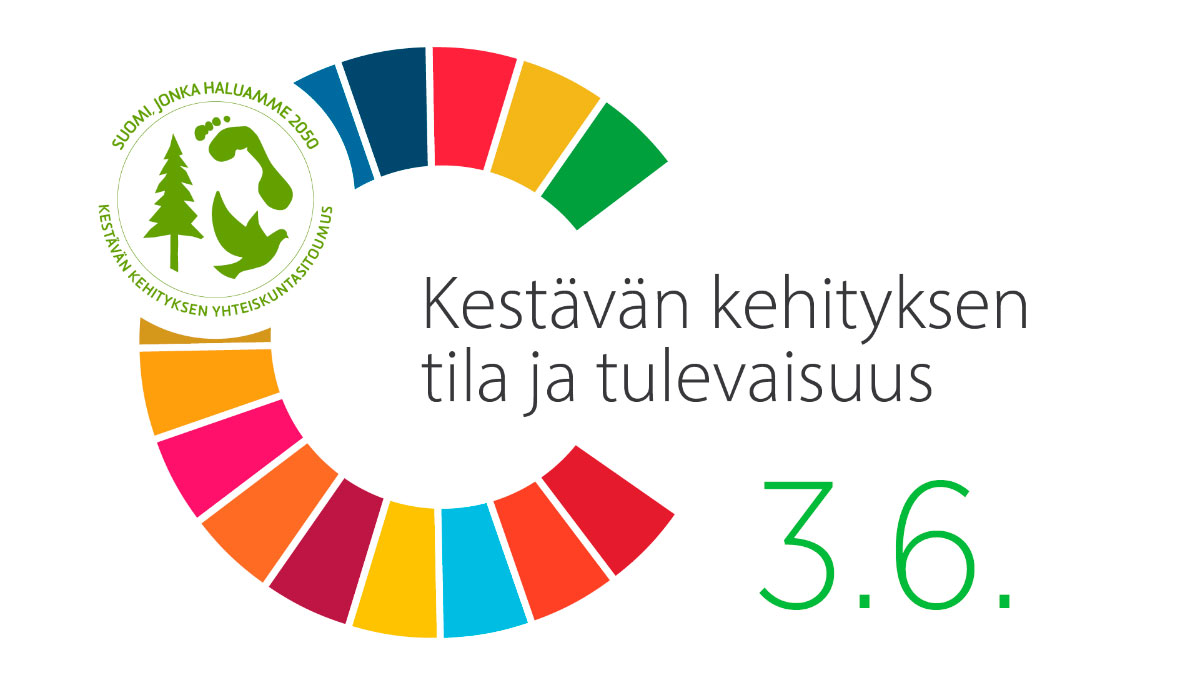 Finland’s Agenda2030 country report (Voluntary National Review) is now complete and will be published on 3 June. The report describes Finland’s progress towards achieving the Sustainable Development Goals and in implementing the UN’s 2030 Agenda for Sustainable Development over the past four years. Finland last reported to the UN on the implementation of the 2030 Agenda in 2016.

The report will be submitted to the UN in July, but its release in Finland will take place during the “State and future of sustainable development” webcast at 13.00–15.00 on 3 June. The webcast is open to the public.

Prime Minister Sanna Marin will deliver the opening address. Minister of the Environment and Climate Change Krista Mikkonen and Minister of Development Cooperation and Foreign Trade Ville Skinnari will be in the studio.

In addition to the release of the national report and a presentation on its main results, the broadcast will focus on some of the main themes of the report, such as tackling the transition to sustainability and implementing the principle of leaving no-one behind.  A number of representatives from civil society organisations, businesses and research institutes will discuss these issues on the broadcast.

The broadcast will also delve into the role of cities in implementing the 2030 Agenda. This topic will be discussed by Jan Vapaavuori, Minna Arve and Jukka Mäkelä, the Mayors of Helsinki, Turku and Espoo, which prepared voluntary city reviews.

“The state and future of sustainable development” is an annual event that is being organised for the first time this year as a live webcast. Viewers are welcome to participate in the discussion. The webcast will be hosted by Annika Damström.