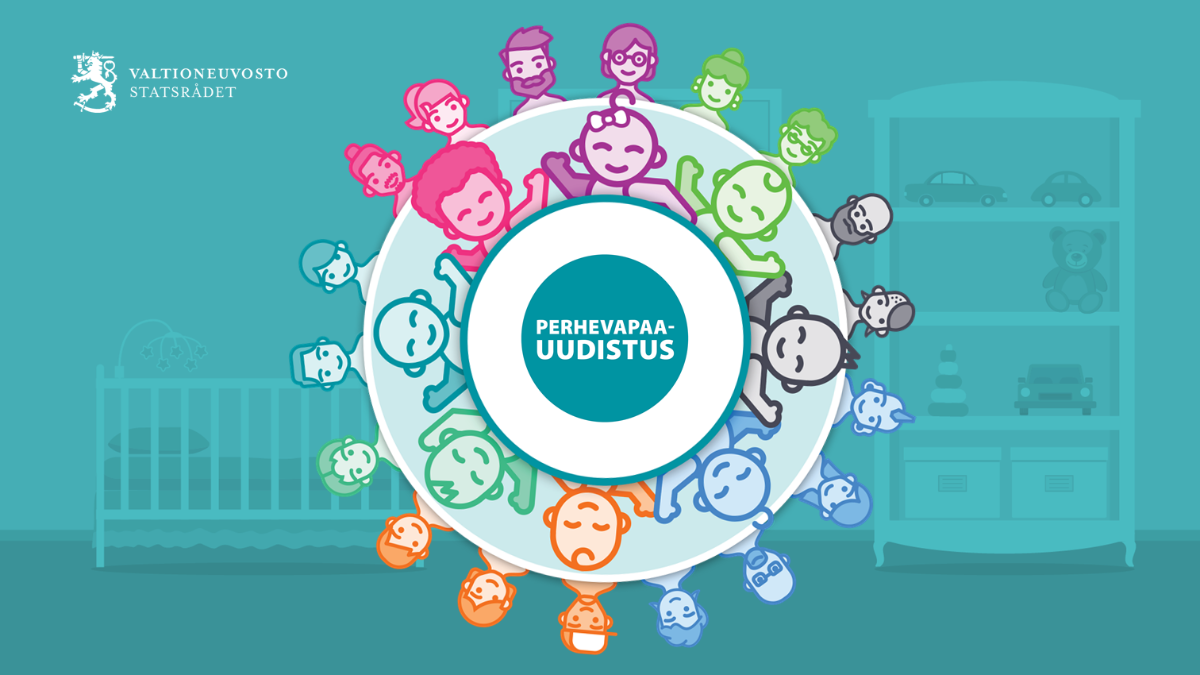 The Government has completed its proposal for the family leave reform, and the proposal will now proceed to Parliament for consideration as decided by the Government on 16 September. The reform is scheduled to enter into force on 1 August 2022.

“The family leave reform is a significant step in developing the family leave system and improving gender equality. It is an investment in families with children, taking account of different types of families. It is also an important factor in achieving the Government’s population policy objectives. This proposal will help us move towards a more socially sustainable society,” says Hanna Sarkkinen, Minister of Social Affairs and Health.

“We will move to a family leave model that meets the needs of modern society. The number of daily allowance days will increase from the present level. The reform will also give parents considerably more flexibility as they will be able to take leave in several parts or on a part-time basis. In families with two parents, both parents will have an equal quota of daily allowance days. More and more social parents will be able to take family leave when it becomes possible for parents to transfer some of their daily allowance days to their spouse, the spouse of the child’s other parent or other custodian of the child. The reform also takes into account single parents, multiple-birth families and cases where the child dies,” says Minister Sarkkinen.

The family leave reform aims to increase gender equality both in the daily lives of families and in working life. The position of women in the labour market will improve when family leave is divided more equally between the two parents. This will affect attitudes, which in turn can reduce discrimination against women in working life.

“The message of the reform is not only for parents but also for employers that both the mother and the father can take parental leave. Workplaces play a key role in what the general attitude is towards parents, and particularly men, taking family leave. I hope that the reform will encourage fathers to take family leave and employers to support men in doing so. The reform will also help reduce the gender pay gap,” says Minister of Employment Tuula Haatainen.

It also seeks to improve the balance between work and family life. It will be possible to split the family leave into more parts than before or to take family leave on a part-time basis.