Education and development of competence

Indicators selected by a network of experts

Education and development of competence
The level of education continues to rise, but will people's knowledge and skills suffice? 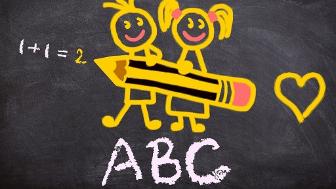 Level of education continues to rise, participation in adult education has decreased 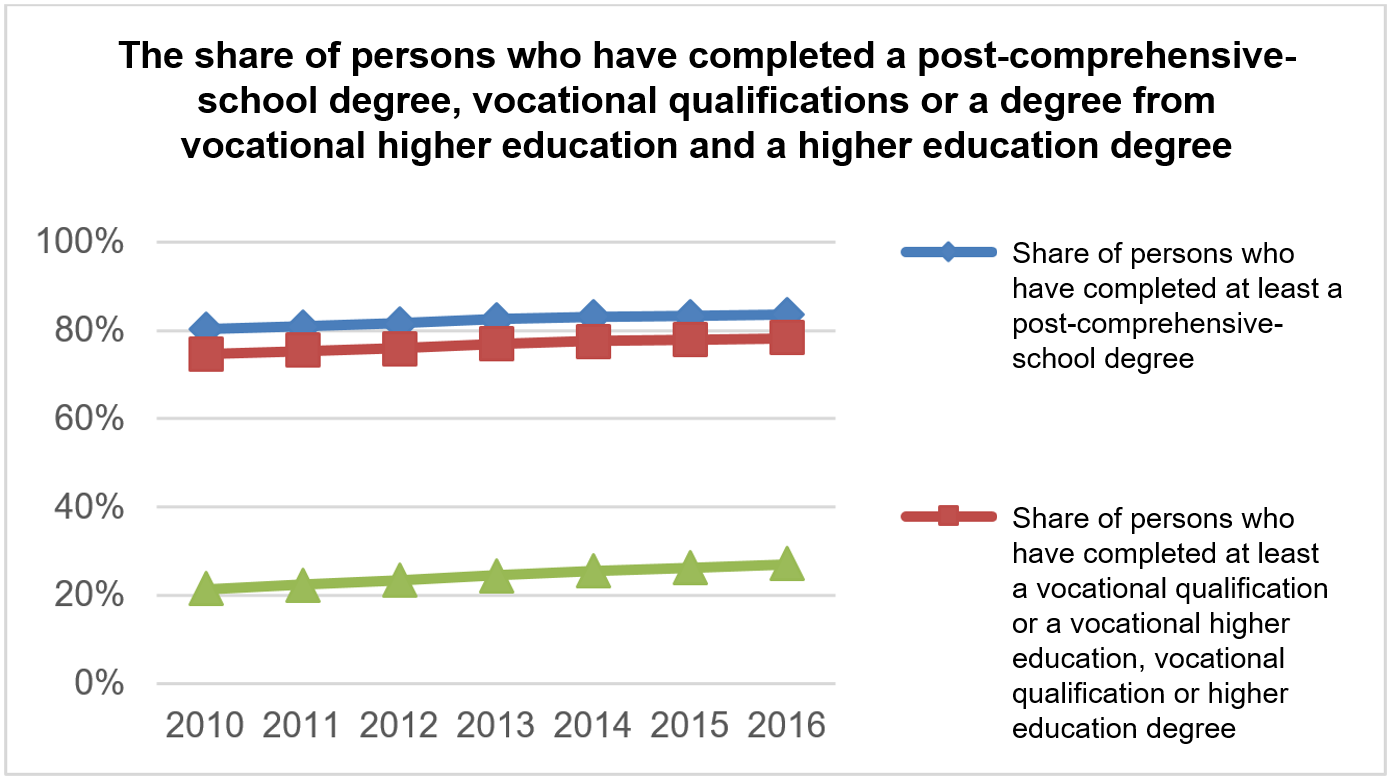 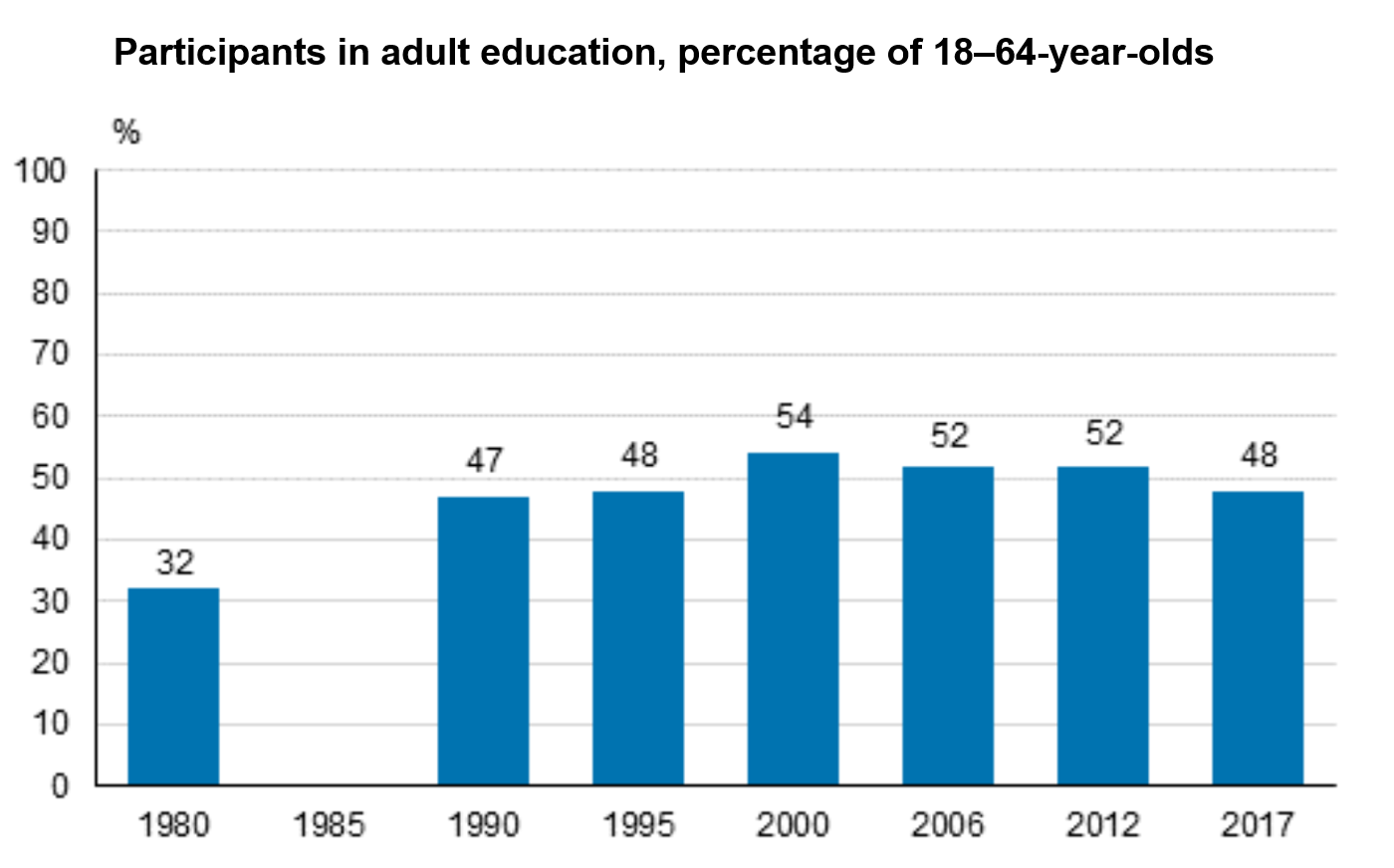 From a future perspective, it is particularly important to determine what kind of education and instruction is provided in accordance with the principles and practices of sustainable development and what is learned at daycare centres, schools and educational institutions. The issue of related certificates indicates commitment to the cause.

The Green Flag is an international programme and environmental label for sustainable development in daycare centres, schools and educational institutions. The sustainable development certification for educational institutions is available for schools, vocational education and training institutes, and liberal adult education institutions. The UN schools network is a support and cooperation network open for all schools and involves engaging in themes such as human rights, peace, and security and safety. The indicator does not depict the work of higher education institutions. 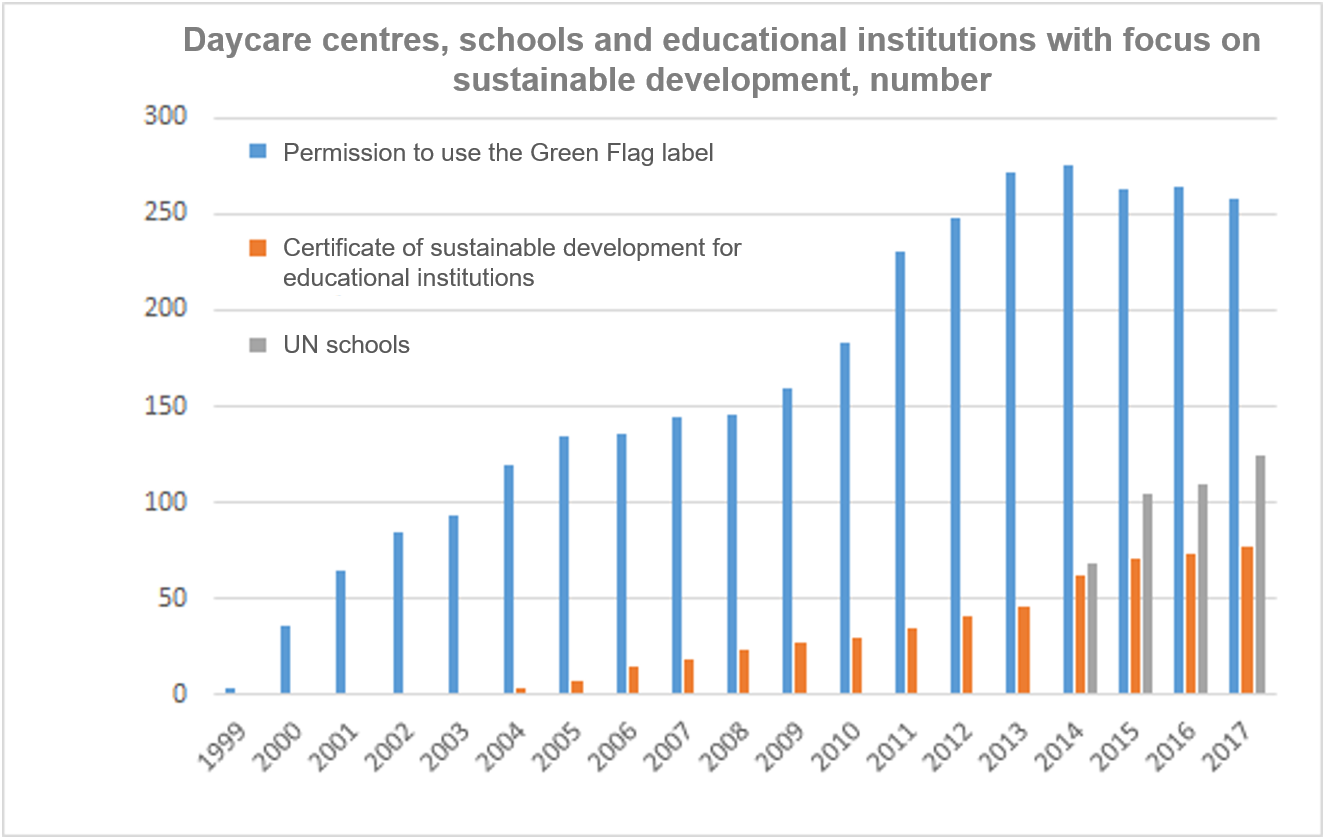 The number of certified daycare centres, educational institutions and schools has been growing fairly steadily. Those involved in the field yearn for ready-made models, support and networks to help them in their work related to sustainable development. The growth in the number of paid certificates that require reporting has slowed down as a result of the worsened economic conditions of daycare centres, schools and educational institutions as well as being kept busy by issues such as the implementation of the new curriculum. The number of persons affected by the certificates has been growing more dramatically than that of organisations granted the certificates as a result of mergers of organisations leading to an increase in their sizes.

The visibility of sustainable development in daycare centres, schools and educational institutions can be supported with continuing training for management and other personnel, different materials, facilitation of versatile cooperation and support, and overall resource allocation. The support forms presented in this indicator are maintained by associations and a foundation.

Decline in literacy among young people a cause for concern, room for improvement in skills related to exerting influence

Significant slump in the literacy of 15-year-olds

Literacy has traditionally been strong in Finland. Monitoring trends in literacy is important as it underlies the increasingly important media literacy and multiliteracy. Media literacy and multiliteracy are concerned with the ability to find out, process and interpret information produced in different ways and for different purposes, and to use this as the basis for forming an overall idea of societal issues, such as sustainable development. 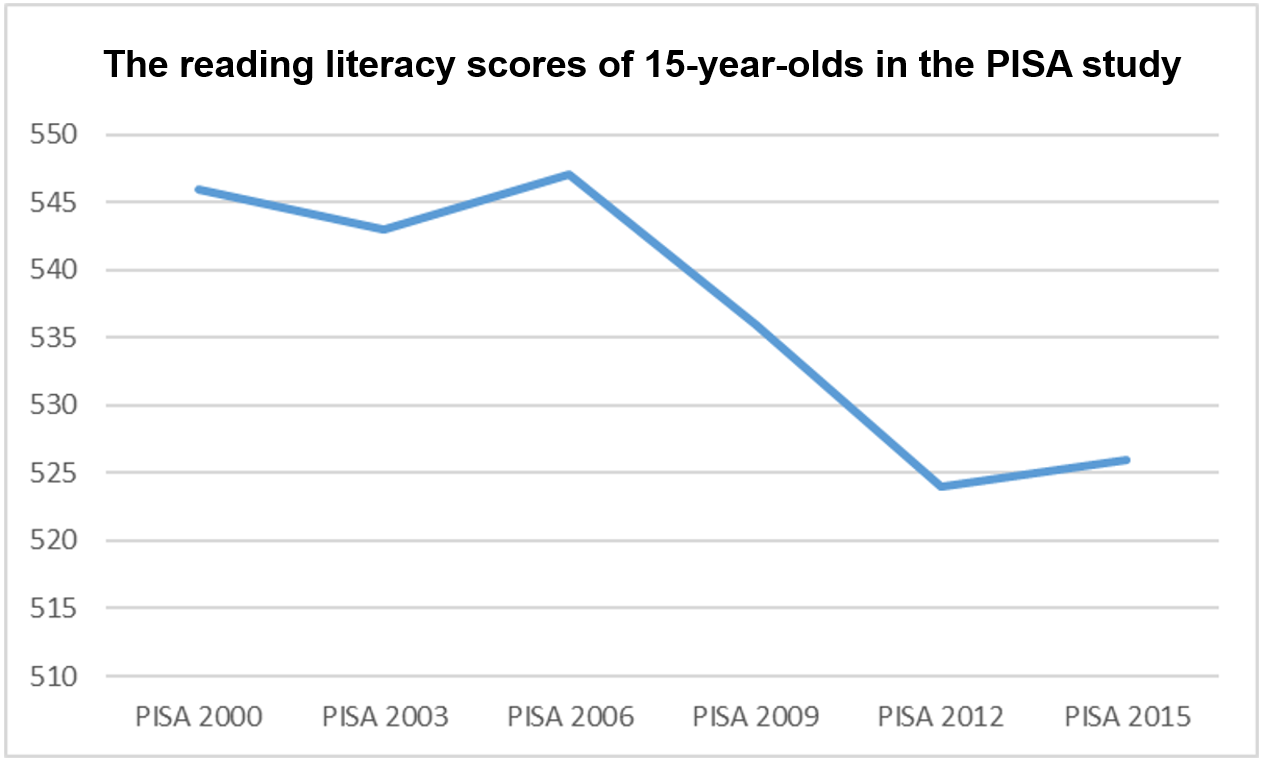 There has been a significant slump in the literacy of Finnish youths. The international PISA comparison has examined the reading literacy of 15-year-olds in the countries and regions participating in the assessment. Finland has ranked among the top countries. From 2000 to 2006, Finnish youths scored high in reading literacy, at 547–543 points, while the average score of the OECD countries was 500 with a standard deviation of 100. In 2015, the literacy scores of Finnish youths decreased to 526 points. Around 30–40 points can be calculated to correspond to the syllabus of one school year. This is among the biggest decreases in competence in the OECD countries. In all countries participating in the PISA study, girls succeed better in reading literacy than boys. In Finland, the difference in the competence of girls and boys is the biggest in all OECD countries. While regional differences have been traditionally minor in Finland, the Helsinki region fared better than other regions in the most recent study.

The PISA study has determined different proficiency levels for reading literacy, of which level 2 is considered necessary for being able to participate in today's society. In Finland, the share of pupils remaining below level 2 has increased from 7 per cent to 11 per cent. At the same time, the share of readers at the highest end of the scale (over level 5) has decreased from 18.5 per cent to 13.7 per cent. The next PISA results will be published in December 2019.

According to the PIAAC survey concerning working-aged adult population (16–65-year-olds) carried out in 2012, there are fairly large differences in the literacy scores of different age groups in Finland by international comparison. (Publications of the Ministry of Education and Culture, Finland 2013:19.) 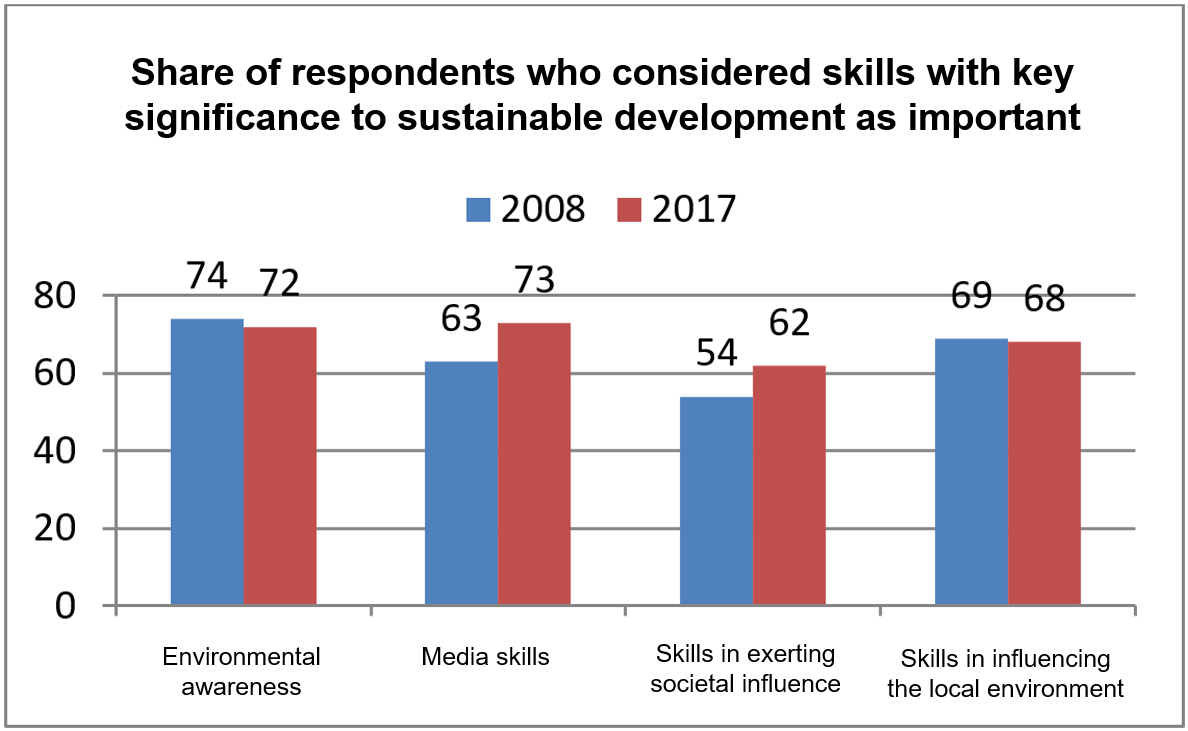 The increasing importance contributed to skills in exerting influence in society is worth paying attention to. Nevertheless, these skills are at the bottom of the scale of issues that young people consider important even though participation has been perceived as a key learning objective during past decades. The fact that young people rate media skills as more important than previously reflects the rapid transformation of the media environment. While the views of the importance of media skills do not as such provide information about the ability to assess the reliability of sources and information, simply acknowledging this fact is an important prerequisite for the development of media criticism and information literacy.

This indicator illustrates the share of the 15–29-year-old youths who feel that they have learned very much or a lot about environmental awareness, media skills, skills in exerting influence in society and skills in influencing the local environment in basic and secondary education. Although there have been hardly any changes in experiences concerning skills related to environmental awareness, the media and exerting social influence in learning, young people find that they are acquiring less skills in influencing their local environment than previously. 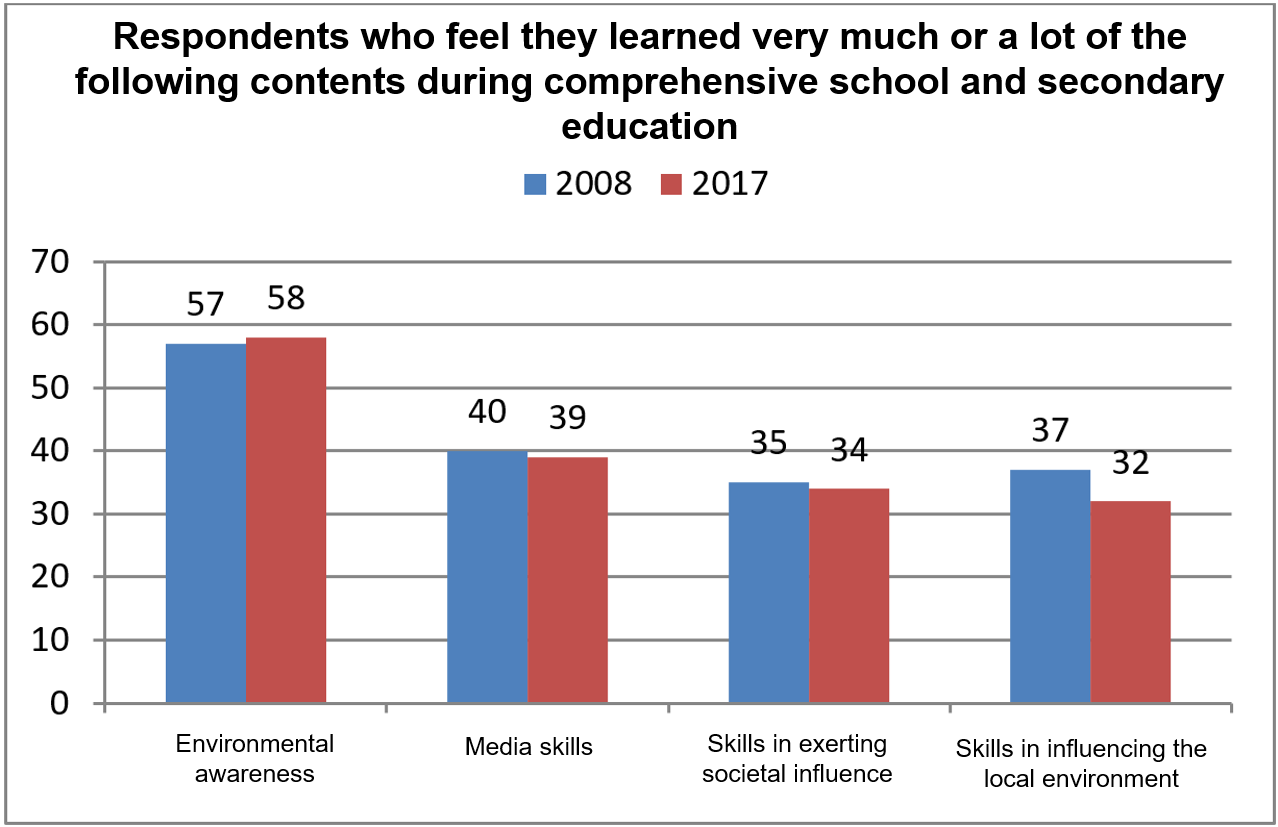 In addition to the shares of the respondents who have learned a lot, attention should be paid to the share of the respondents who reported that they had learned none of the contents they were asked about. More than one in ten young people feel that they have learned no skills of exerting influence during their formal education, and nearly as large a percentage reported that they have learned none of the media skills essential in today's society at school. At the same time, however, young people feel confident about their information literacy skills. Signs of polarisation or inequality can also be seen in these observations.

Use of library services still among the highest in the world

The library institution plays an important role in the context of societal knowledge and skills as it reaches all population groups. Library services are particularly important for those outside of education and working life as they are at a greater risk of being excluded from developing and changing knowledge and competence needs compared to other groups. 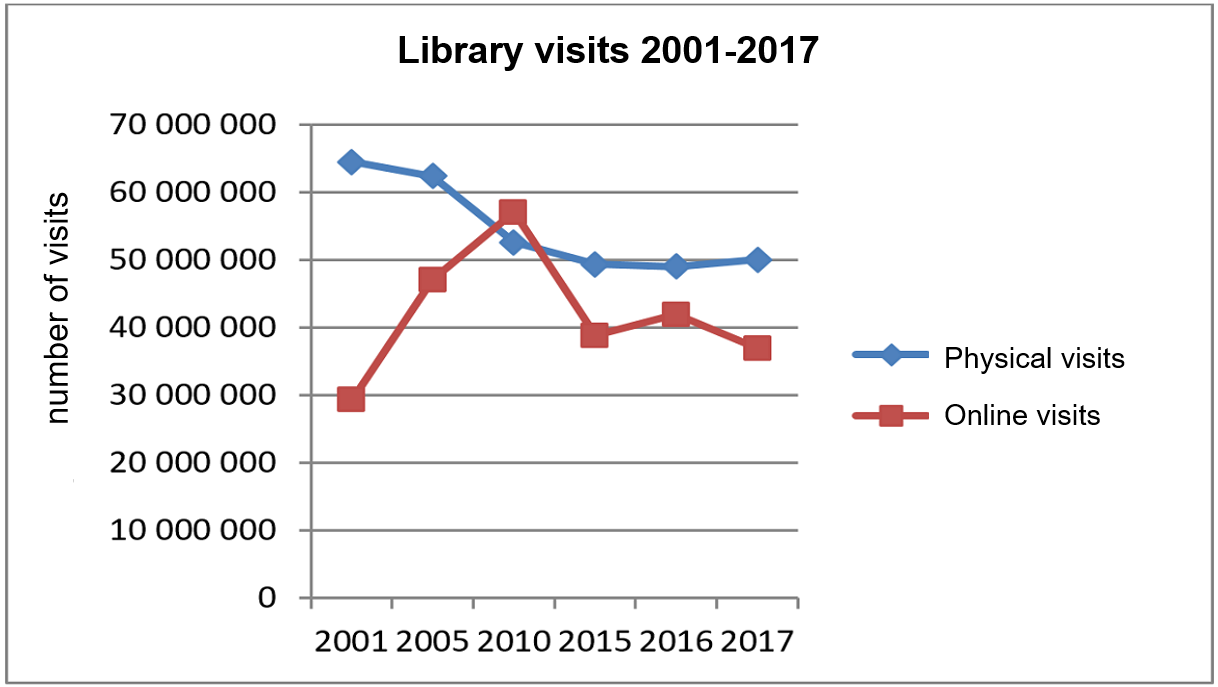 There was an increase in borrowings and physical visits to libraries up until 2004 after which both borrowing rates and visits started to decline. Nonetheless, Finland's library borrowing and visit rates continue to be among the highest in the world.

The reduction of research and development expenditure has slowed down 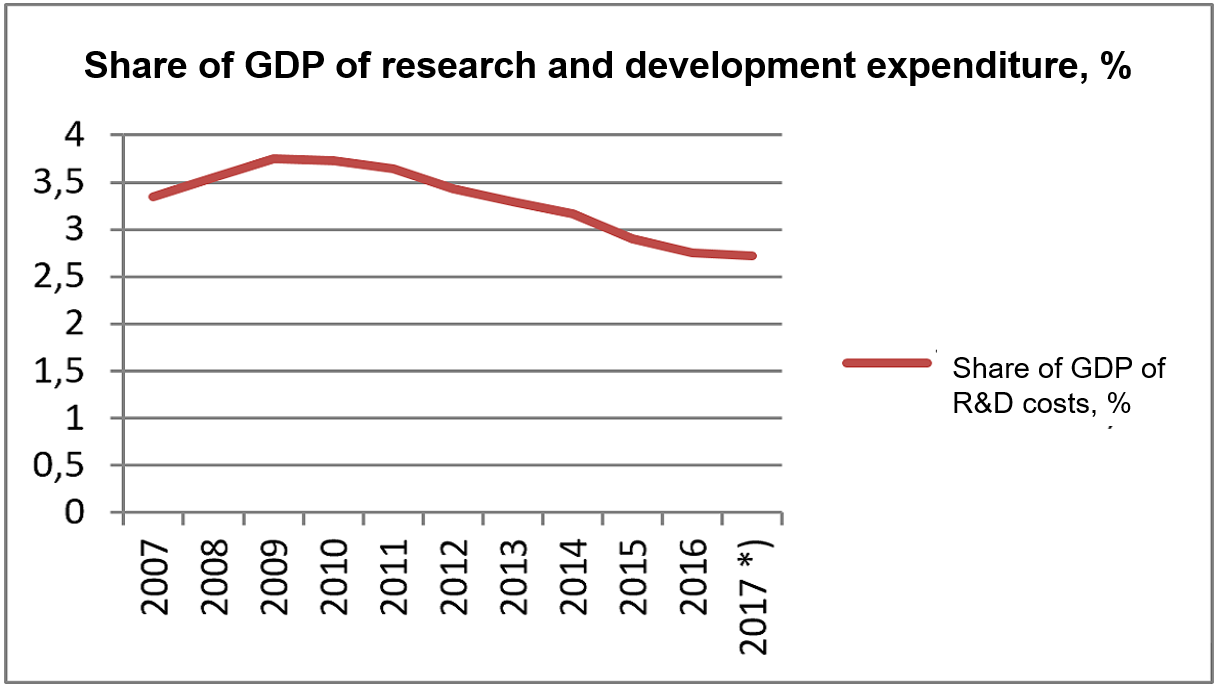 The decline in investments in research and development activities has been particularly significant in the private sector. The reduction in investments by the public sector stopped and the speed of the decline in the investments by the private sector slowed down in 2016. In 2017, research and development expenditure led by companies is estimated to have taken an upward turn amounting to EUR 100 million, and the share of the GDP is assessed as 2.7 per cent. 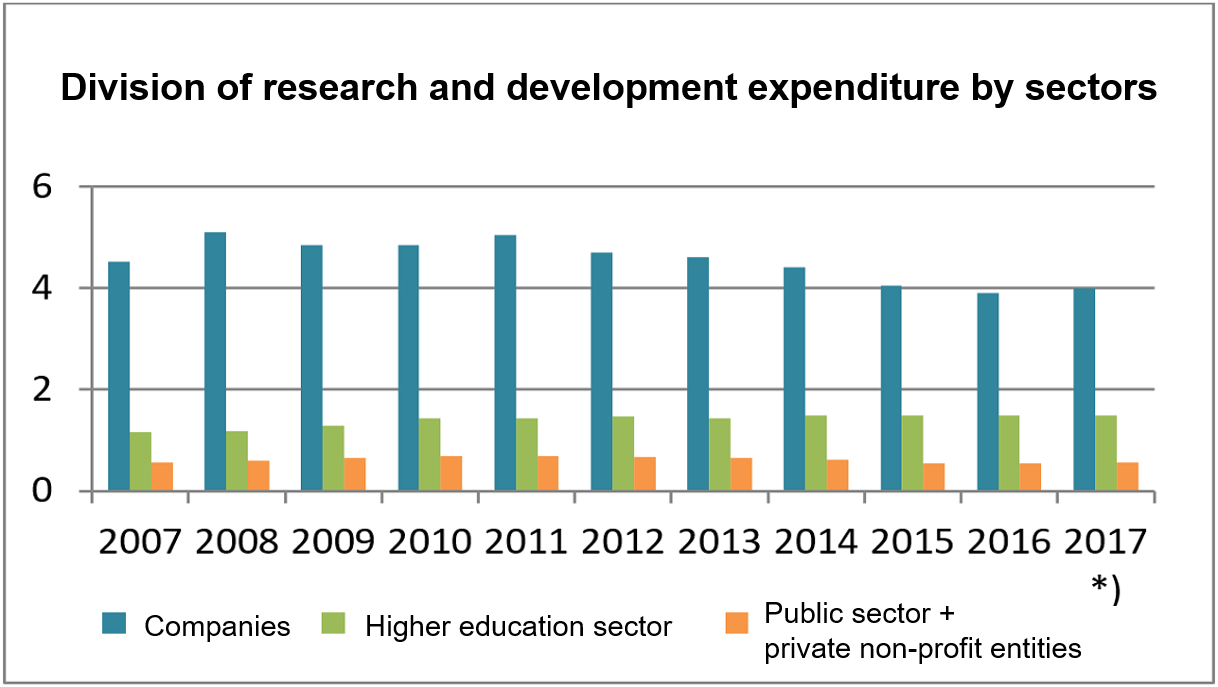 Although the share of R&D activities of the GDP has been in decline in the recent years, it continues to be above the average rates of the OECD and EU countries in Finland. Of the gross domestic product of the European Union, 1.96% was used for research and development in 2015. The corresponding share in the OECD region was 2.38%. Meanwhile, many other countries investing in high proficiency are fairly far ahead of us based on data from 2015: South Korea (4.2 %), Switzerland (3.4%), Japan (3.3%) and Sweden (3.2%).