Working life, quality and change 2020
The state of working life was relatively good before the coronavirus crisis, the future is now uncertain 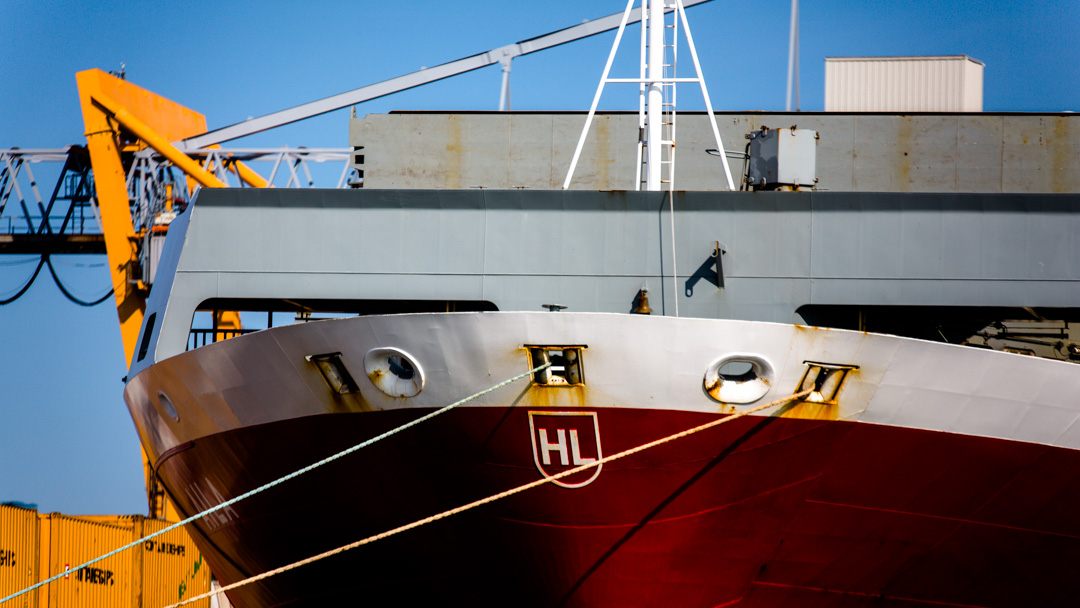 In 2019, employment had increased to 74.1%, underemployment had declined and on-the-job learning had become more common. However, long-lasting poor labour productivity weakens the long-term sustainability of Finnish working life, and the mental burden on employees has increased. The ongoing coronavirus pandemic also poses a major threat to the quality and sustainability of working life.

Strong growth in employment rate before the coronavirus pandemic

In 2019, Finland’s employment rate was at its highest point in the 2000s: 72.6 per cent. However, it is known that the employment rate dropped considerably in spring 2020 due to the effects of the coronavirus pandemic.

Despite positive development, Finland’s employment rate continued to lag behind the other Nordic countries by several percentage points in 2019. This difference is partly explained by the higher share of full-time work in Finland compared to other Nordic countries. However, the employment rate in Finland is higher than average in a European comparison.

Prime Minister Marin’s Government has set the target for 75 per cent employment. Opportunities for Finland (2019), an official view of the ministries’ permanent secretaries, proposes a long-term employment rate target of 80%.

Although the employment rate in 2019 was the highest it had been for decades, it was still lower than in the late 1980s before the 1990s depression. However, in 2019, women’s employment was the highest in Finland’s history.  In addition, the age structure was clearly more favourable in the 1990s.

Labour productivity is measured here by calculating the gross domestic product (GDP) per working hour, which is aligned with the corresponding average for the EU and the euro area. The development of labour productivity together with the employment rate demonstrates the economic sustainability of the Finnish welfare model.

After the financial crisis, productivity growth has been modest throughout the EU. However, productivity in Finland has increased more slowly than on average during that period.

Underemployment declining before the coronavirus pandemic

In international comparisons, depending on the indicator used (both Eurostat and the OECD), the share of low-income persons in Finland is one of lowest in the world alongside the other Nordic countries. In Eurostat’s statistics on the risk of poverty among employed people, Finland ranks among the best in the EU.

In an international comparison using the OECD’s involuntary part-time workers, the rate of underemployment in Finland is average. Finland has a comparatively small amount of part-time work, but a large share of it is involuntary, meaning the workers have been unable to find full-time employment. In 2019, the majority of underemployed workers were women (63 per cent).

Since 2016, the development has been fairly favourable in Finland. The growth trend of underemployment has taken a downward turn. The low-income rate of employed people has fallen considerably in the 2010s. Low income rates have dropped among both wage earners and entrepreneurs. However, underemployment remains significantly higher than before the 2008 financial crisis.

An increasing number of employees find their work emotionally draining

Digitalisation and increase in knowledge work are reflected in working life. These days, the strain caused by work is less physical, and more emotional. Coping at work is linked to work ability. In turn, good work ability predicts longer careers. When there is a balance between a person’s resources and workload, they cope better and are able to continue at work for longer.

The transformation of work and the related increase in the emotional strain caused by work is a global phenomenon. It does not only concern Finland, but it is generally related to the digitalisation of work, an increase in the level of education of employees and the increasing number of officials among the employed population.

The emotional strain of work has become a more widespread trend since 2016. By contrast, there have been no significant changes in the physical strain caused by work during the time series. The Quality of work life survey 2018 also shows a similar trend: the results of the survey show a clear increase in the strain caused by work, which is reflected in the employees’ mental wellbeing. It is also worrying that more than half of the wage earners felt that they were at a clear risk of a major burnout or at least thought of this now and then.

The aim is that the prevalence of the emotional strain of work would not increase from the current status. In terms of extending careers, it is essential that employees are able to continue in the working life for longer than currently.

Employee autonomy has remained nearly unchanged since 2018. Senior officials had the best opportunities to influence their work. There were hardly any differences between junior officials and employees.

According to Statistics Finland's Quality of work life survey, the opportunities to participate in defining one's work tasks and the division of work increased between 1984 and 1997, but the trends have since then stabilised. The opportunities to influence the rate of work have not increased even in the long term. Men are able to influence their work considerably more than women.

Despite the poor development of the past few years, opportunities to influence are still at quite a high level by European standards. For example, according to the 2015 European Working Conditions Survey, Finland places as Europe’s leader in opportunities to influence decisions that concern one’s own work as well as the order in which work tasks are completed. The opportunity to have an influence on work methods is also more common in Finland than in the EU Member States on average.

The indicator describes in general terms the opportunities for learning new things at the workplace. However, the opportunity to learn does not describe how competence is developed at work and how many people who are in working life actively learn and study.

Enabling the workforce to respond to the transformation of work would require adopting new skills throughout the entire career. The importance of lifelong learning is emphasised in today’s working life. Strong competence supports both work ability and labour productivity and, through these, Finland’s competitiveness. Labour productivity is a prerequisite for maintaining the current welfare state.

In 2019, the majority of employees (83%) felt that they had a workplace where they can constantly learn new things. Slightly more than one third (37%) felt that the statement applied to them “very well” and nearly half of them (46%) that it applied to them “fairly well”. There has been no significant difference between the genders in relation to the learning opportunities at the workplace. Senior officials were clearly more satisfied with the learning opportunities at their workplace compared to junior officials or employees.

Compared to 2018, there have been no changes in the results in one direction or another. By contrast, there has been a long-term upward trend – an increasing number of people find that their workplace is positive towards learning.

Developing personal competence at the workplace was fairly common.  In 2019, more than half of employees (57%) reported that they had studied independently in the previous 12 months.  Studying supported by online material was also popular (52%).  In addition, half of the employees said that they had developed their skills so that they could work in new tasks in the future.

A high level of competence and opportunities for learning offered by working life is a cornerstone of Finnish working life, and Finland places at the top of many international studies (e.g. Programme for the International Assessment of Adult Competencies (PIAAC) and the European Working Conditions Survey). However, competence development accumulates in Finland, even by international standards, to a great extent to those whose competence, skills and development opportunities are already good due to their education, labour market position and work tasks. In addition, developing personal competence declines with age.

From the perspective of the sustainability of working life, the accumulation of learning is worrying as it has been predicted that in the future there will be a greater need for higher competence in the labour market. The Government’s reform of continuous learning responds to the need to develop and renew competence at different stages of people’s lives and careers.

Gender equality is often measured through the pay gap between men and women because this indicator takes into account many different factors in the labour market. The pay gap is affected by factors such as occupational structure, differences in career development, distribution of care responsibilities, educational background and gender discrimination. The pay gap between women and men is calculated from the average monthly earnings of full-time employees working regular working hours (Statistics Finland’s index of wage and salary earnings). The index of wage and salary earnings does not include overtime work or most part-time work. It measures the pay gap divided by legal gender.

According to Eurostat, the pay gap between men and women in Finland is the 8th highest in the EU, which is clearly higher than the EU average. In Sweden, women’s salary was on average 88 per cent of men’s salary in 2018, i.e. 4 percentage points more than in Finland.

The biggest explanatory factor for the pay gap between men and women in Finland is the country’s occupational structure, in which there are major gender-based differences. According to the European Working Conditions Survey (2015), Finland’s occupational structure is the second most differentiated in Europe after Estonia. Only 11% of Finns reported that an equal number of men and women worked under the same job title as they did. The long family leaves of mothers also partly explain the pay gap.

The glass ceiling phenomenon does not impair women’s career development as much as in most EU countries. After Sweden, Finland has the largest number of women in managerial positions (42% according to the European Working Conditions Survey).

The pay gap between men and women has slightly narrowed during the 2000s. In 20 years, the total pay gap has decreased by about 4 percentage points. Women’s average earnings have increased from around 80% to 84% of men’s earnings.

In the 2000s, there has been a trend-like development in the narrowing of the pay gap in nearly all EU countries, with some exceptions. The development has been relatively slow in Finland.

The main objective of the SIHTI project is to produce comprehensive and in-depth data about the human rights performance of Finnish companies in relation to the expectations and standards set for companies in the UN guiding principles regarding their policies, processes, practices and response to harmful human rights impacts. The report uses the methodology published by the Corporate Human Rights Benchmark (CHRB).