Prerequisites of health refers to matters the lack of which or only the partial implementation of which limits the ability of people to live a physically and mentally healthy life. Agenda 2030’s Goal 3 specifically concerns health and aims to ensure healthy lives and promote well-being for all people at all ages. 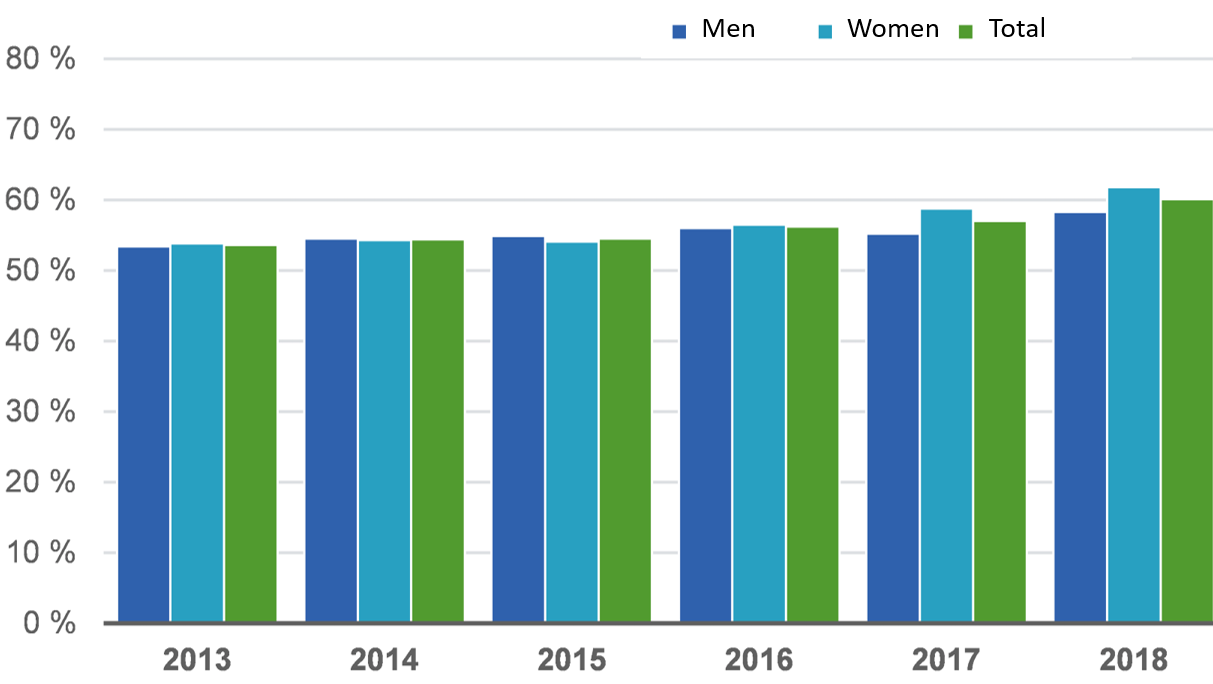 .  The quality of life indicator was created on the basis of the eight questions contained in the WHO8-EUROHIS. Quality of life refers to an individual’s assessment of their life in the cultural environment in which they live and its specific values, and in relation to their own goals, expectations, values and other things that are meaningful to them. 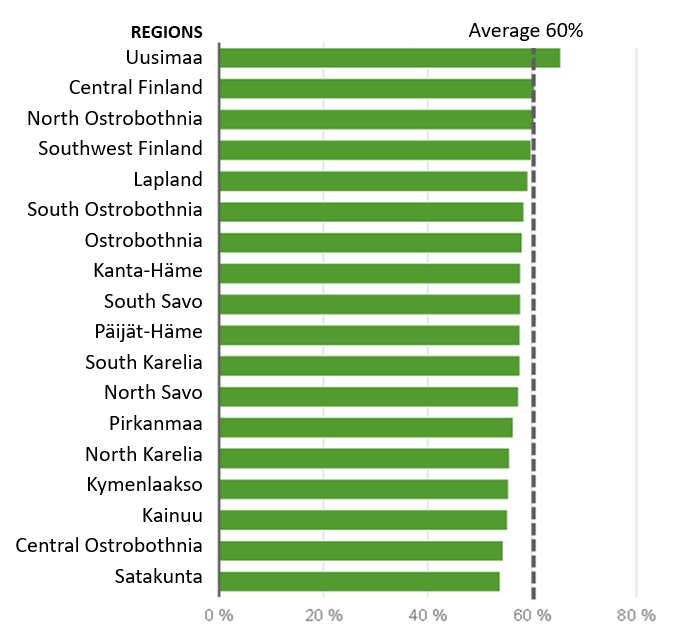 No international comparisons have been carried out for the perceived quality of life indicator. However, comparisons on overall life satisfaction have been carried out with other European countries. According to these, Finland has the second highest share of people over the age of 16, who rated their life satisfaction as good (38.6% while the average of European countries was 21.6%) and the second smallest share of those who rated their life satisfaction as poor (6% while the average was 21%). (Eurostat EU-SILC 2015).

Observations related to the indicator

The accuracy of the result is affected by the fact that the material has been produced from sampling study materials, which suffered from a lack of responses. The lack of responses has been corrected in the results with a weighting factor. When interpreting the indicator, it should be noted that the data given were reported by the respondent themselves.

Finnish Institute for Health and Welfare’s morbidity index is divided into two parts: the general morbidity index and seven sub-indices by disease group. These disease groups are cancers, coronary disease, cerebrovascular diseases, musculoskeletal diseases, mental health problems, accidental injuries and dementia. These sub-indices illustrate the prevalence of their respective disorders in the age group analysed, compared to the morbidity of that age group nationwide (the index for the entire nation being defined as 100).

The morbidity groups have been selected on the basis that they are serious, chronic diseases that decrease the length and quality of a person’s life and cause the majority of Finnish deaths, disability pensions and direct healthcare costs.

In the general morbidity index, each disease group is weighted on the basis of its significance for mortality, disability, quality of life and health care costs in the population. The purpose of these weightings is to highlight the various impacts of morbidity on society and the individual. The index for a geographical area is the average weighted prevalence of the disease groups. The higher the morbidity is in an area, the higher the value of the index. The morbidity index for the entire country in the most recent years for which statistics are available is defined as 100. In calculating the general index, each of the four weighting criteria (mortality, disability, quality of life, health care costs) is weighted equally.

Finnish morbidity has decreased consistently from 2000 onward from which time the index has been available. When the most recent available period’s (2013–15) morbidity is depicted with the index value 100, the index value for the 2000–02 period was 115.3. The population in western and southern Finland has consistently been healthier than the population in the eastern or northern regions of the country. The differences between the regions have remained predominantly the same for the entire 2000s. The health of Finns has improved starting from the 1990s. The health of people in urban areas has generally improved faster than that of people in rural areas. 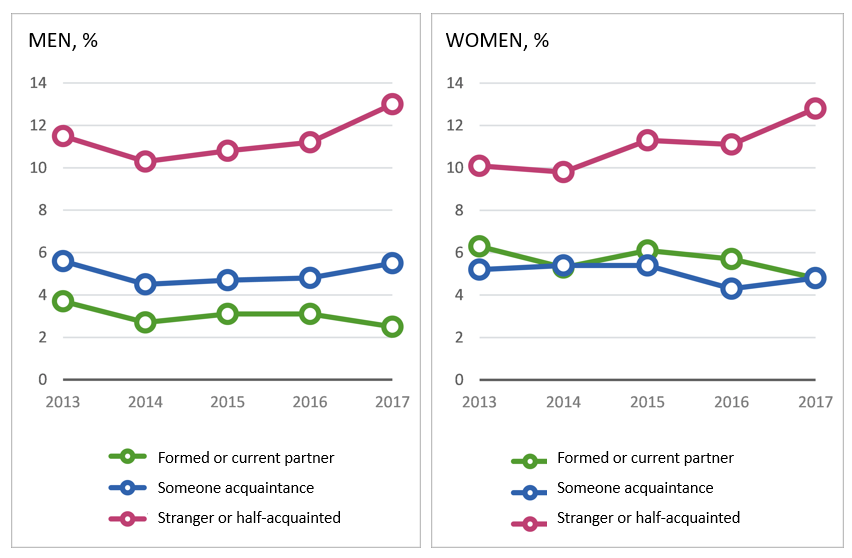 National Crime Victim Survey is carried out each year. In 2017, a total of 6,222 people between the ages of 15 and 74 who were permanent residents of Finland responded to the National Crime Victim Survey.  The persons who have been the victims of threats and violence have been determined by presenting respondents with a list of acts that involve threats or violence.  The respondents were asked whether someone they knew or a stranger had acted in the listed ways towards the respondent within the past 12 months. The acts ranged from verbal and written threats to physical violence involving a weapon.

It seems that incidents of violence and threats experienced by both men and women in situations in which the offender is their current or former partners have decreased between 2012 and 2017, while violence and threats from strangers has increased. A substantial difference observed between the genders was that women had been the target of violence or threats more often than men in situations where the offender was their current or former partner. With regard to other offender groups there were no discernible difference between the genders.

The interpretation text has been drawn up by the Finnish Institute for Health and Welfare.