Social inequality 2019
Income inequality has remained much the same, the number of basic social assistance recipients has continued to grow

Inequality emerges in numerous different dimensions of society, such as pay differences, health, social exclusion, perceived well-being and life satisfaction, education and confidence in future prospects. The factors behind increasing disparity can be the result of long-term development or unexpected and sudden events. The dimensions of disparity are also strongly linked to one another and have an impact not only on people’s welfare, finances and employment, but also on the harmony and stability of society.

Income differences can be measured with different types of indicators. The Gini coefficient using a range between 0 and 100 is the most commonly used scale. A Gini coefficient of zero is depictive of a society where everyone receives the same income. Overall, income differences below 25 can be considered minor. A further approach for measuring inequality in the distribution of incomes involves calculating the low income, i.e. poverty rate, where applying a limit of 60% of the country's average i.e. median income has become an established practice. Everyone below this line will be considered a low income earner. Changes occurring at the opposite ends of the income distribution scale are measured by relation between the highest and lowest 10% or the development of the real incomes of the different tenths of earners. The income shares of the highest and lowest 10% used in the present document represent their percentage share of the income of the entire population. The graph indicates the share of total income received by the highest and lowest 10%.

Economic inequality in its entirety is a theme which is strongly interlinked with the various perspectives of sustainable development. One key factor from the perspective of sustainable development is that both affluence and deprivation have a tendency to accumulate. In particular, economic deprivation, health hazards and lower life expectancy often tend to affect the same groups. Deprivation also has the tendency to perpetuate itself, meaning that it is passed on from one generation to the next. 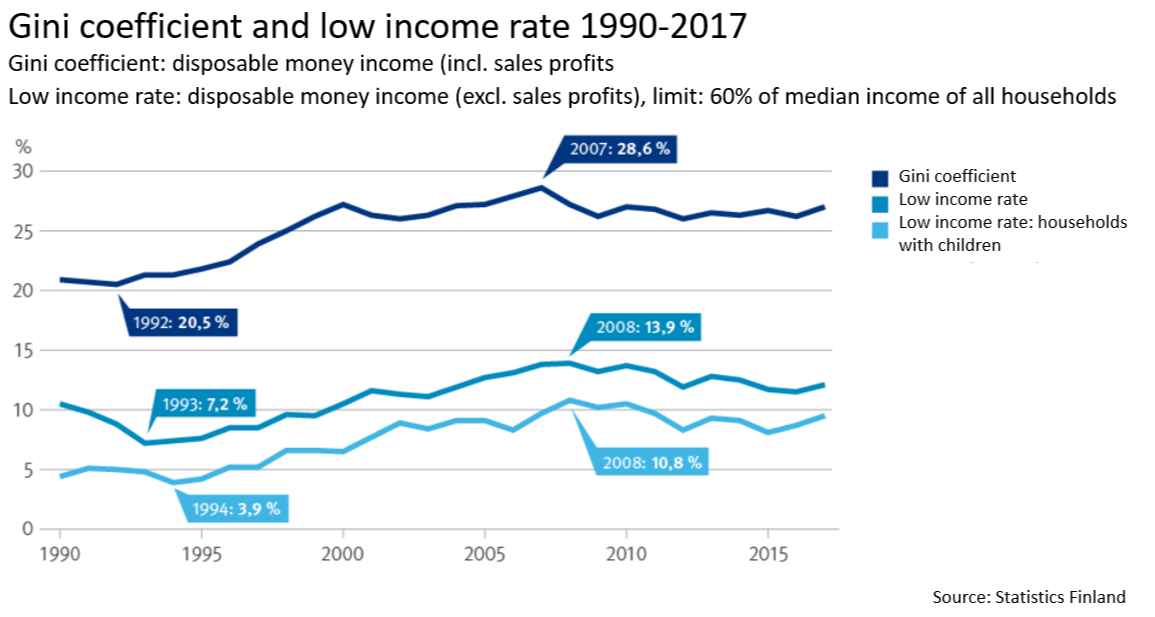 The latest statistics on low income workers from 2017 indicate a low income rate of 12.1% in Finland. This is an increase of 0.6% from the previous year, but is still somewhat smaller than for example the corresponding figures ten years ago. 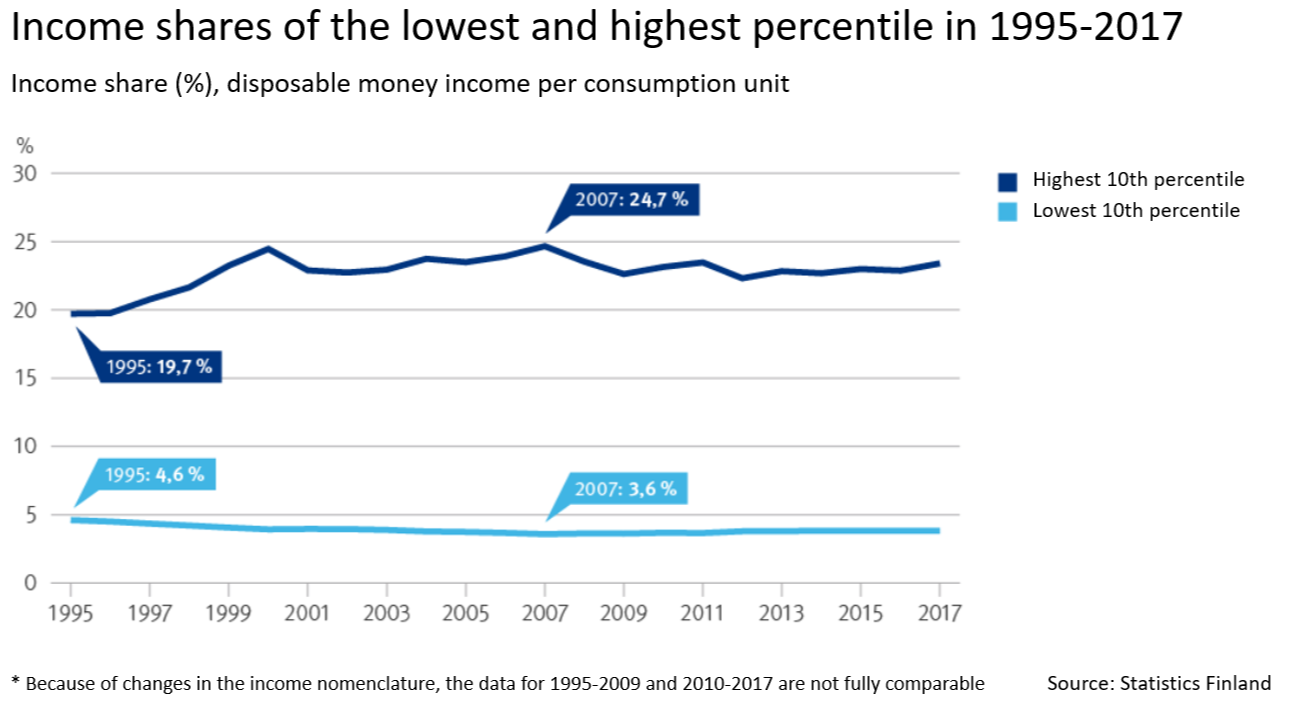 According to Statistics Finland, at the end of the 1990s income differences grew faster in Finland than in a range of other OECD member countries compared. The economic upturn that began after the mid-1990s increased the incomes of the top ten per cent (especially that of the top 1 per cent).

The strong growth in income gaps halted after 2008, and such measures as the Gini coefficient and the development of the income shares of the bottom ten percent and top ten percent have remained quite stable since. Even so, it should be noted that the current figures are considerably higher than those in the beginning of the 1990s, meaning that they have not reverted to their previously considerably lower level.

Wealth inequality is another key factor indicative of economic inequality. Wealth differences in Finland increased at the end of the 1990s at the same time as other income differences also increased. The development of income inequalities has been quite stable since the early part of the new millennium, but in terms of wealth inequalities, the situation is slightly different: According to Statistics Finland, differences in wealth have increased during this millennium as well as after the 2008 economic crisis. Statistics Finland defines wealth as net assets. Net assets can be determined by adding up the value of one's own residence, other real assets and financial assets. Debts will then be deducted from these.

Social assistance is the last-resort form of financial assistance by definition. The number of clients receiving social assistance not only reflects unemployment trends, but also signals the failure or success of primary income transfer systems.

When comparing the Nordic countries, Finland has large shares of social assistance recipients compared to population size, although the content of the assistance and the criteria for access to it vary between different countries. As regards sustainable development in general, it can be said that society is not on a sustainable basis if a large number of people receive social assistance. 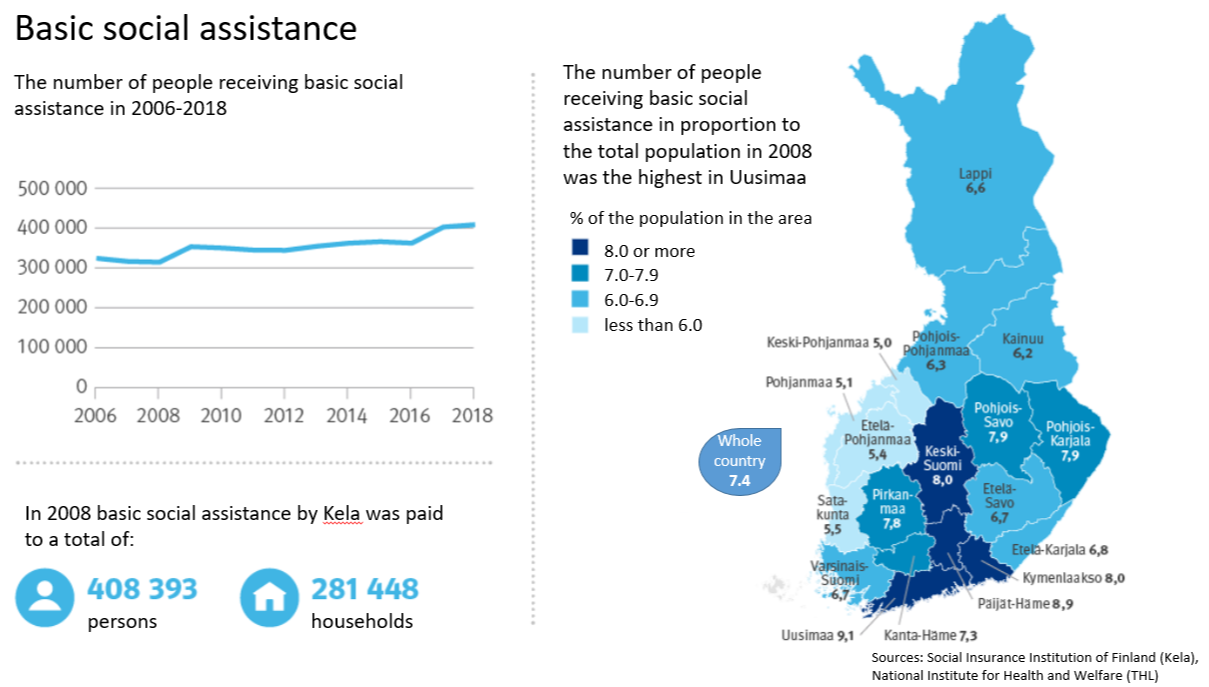 The considerable increase in the number of the recipients of social assistance that took place after the transfer of the responsibility for the assistance to Kela in 2017, is believed to be connected to a reduction in the underutilisation of basic social assistance: many people entitled to assistance who never applied to the municipality have now sought it from Kela.

Regionally, the share of basic social assistance recipients out of the total population was highest in Uusimaa and lowest in Central Ostrobothnia in 2018. The second highest share of recipients in relation to a region’s population was in Päijät-Häme and third highest in Kymenlaakso and Central Finland. A total of 408,393 persons, or 7.4% of the population, received basic social assistance in Finland in 2018.

Life satisfaction is considered one of the best individual indicators of well-being. It is linked to the various perspectives of sustainable development, for example through faith and trust in the future: Life satisfaction and happiness reflect a hope in the future and a belief in the opportunities offered by society, especially for young people.

In a comparison of the Nordic countries, for example Sweden, 82% of young adults there were satisfied with their lives in 2016. In Norway, this number was 85.5% in 2016. Sweden’s and Norway’s numbers have been fairly similar to those in Finland, although satisfaction has been slightly higher in every measurement in Finland than in Sweden. Norway’s figures have been quite similar to those of Finland over the past few years.

Inequality has a particular link to the vulnerable position of refugees

Inequality is a significant global challenge for sustainable development. Inequality is also strongly interlinked with the vulnerable position of people who have had to leave their homes. The underlying reasons for people becoming refugees or asylum seekers include wars and conflicts as well as changes in their living environment. In the future, a growing number of people will have to leave their homes as a result of climate change, due for example to drought. 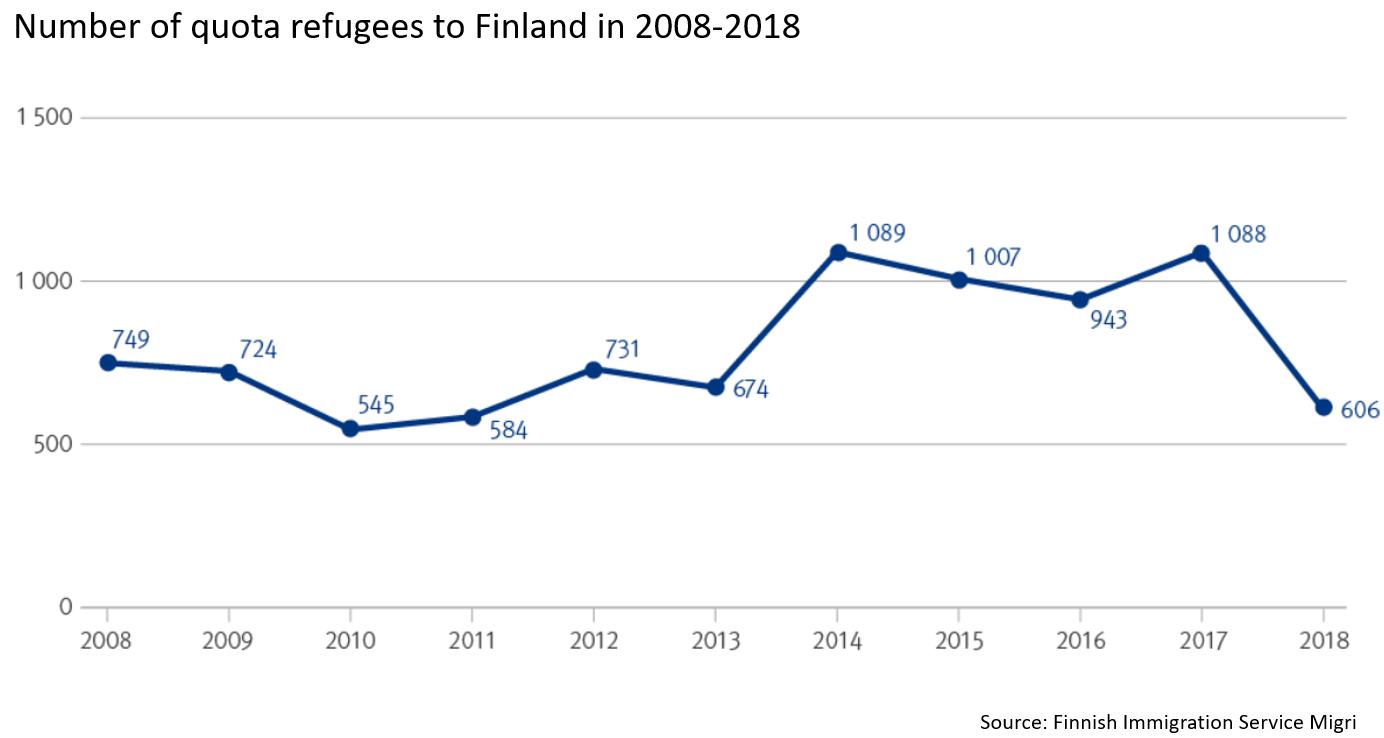 In 2015, refugee numbers grew exponentially worldwide. The impacts of world conflicts were also visible in Finland, and the number of asylum seekers increased significantly. The numbers reflect the refugees’ acute situation and its extensive scope. They also highlight the extent to which Finland bears its share of international solidarity and responsibility. At the moment, the largest burden of responsibility is being carried by the neighbouring regions of the countries in crisis: the majority of the world’s refugees are in developing countries. 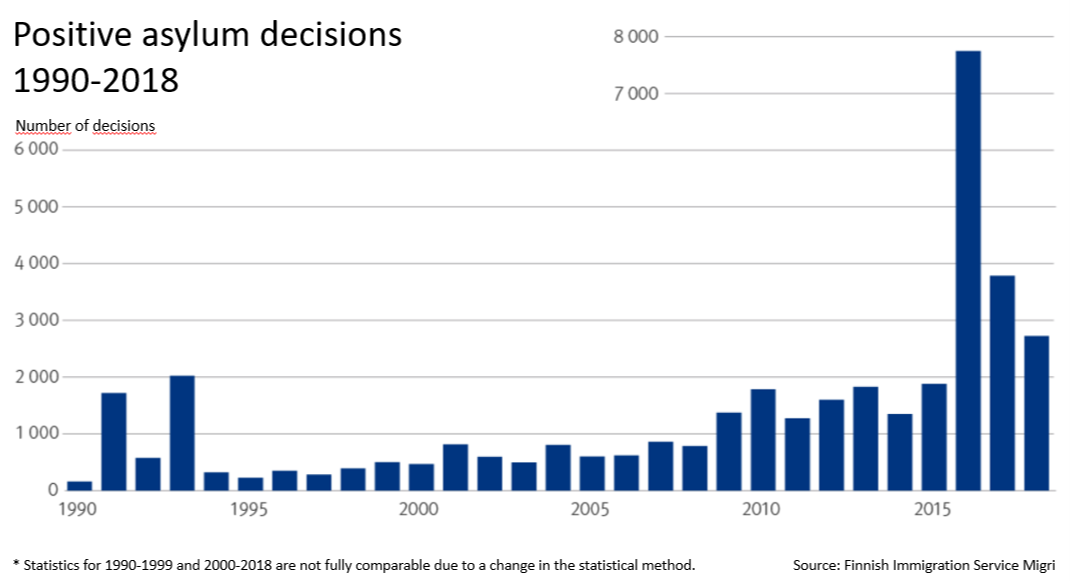 The number of asylum seekers arriving in Finland grew dramatically in 2015. Based on annual statistics on the asylum decisions by the Finnish Immigration Service, the majority of the asylum applications received in 2015 were registered for 2016. Asylum was granted to 7,745 persons based on applications registered for 2016. Asylum applications and favourable decisions from the same year are not directly comparable as an application registered for a specific year may still be pending in the following year, for example. The number of asylum applications submitted in 2017–2018 has been considerably smaller. In 2018, 2,723 applicants were granted asylum in Finland. Comparing to the other Nordic countries in 2018, asylum was granted to slightly over 10,000 applicants in Sweden and around 1,500 applicants in Norway.

Observations on the indicators and the changes implemented in them

Indicators focusing in particular on economic inequalities were selected for the social inequality indicator basket. In addition to this, consideration was given to satisfaction with life, which is strongly linked to well-being and Finland's responsibilities in terms of global inequality. Additionally, inequality is also linked to indicators in other sustainable development monitoring baskets, such as health, inclusion and exclusion.

In connection with the update, relatively small changes were made to the indicators in this basket: in the case of asylum seekers, we focused on the statistics on those who received a positive decision, while also adding a wealth perspective to the component linked to income inequalities. In other respects, the statistics and perspectives remained largely the same.