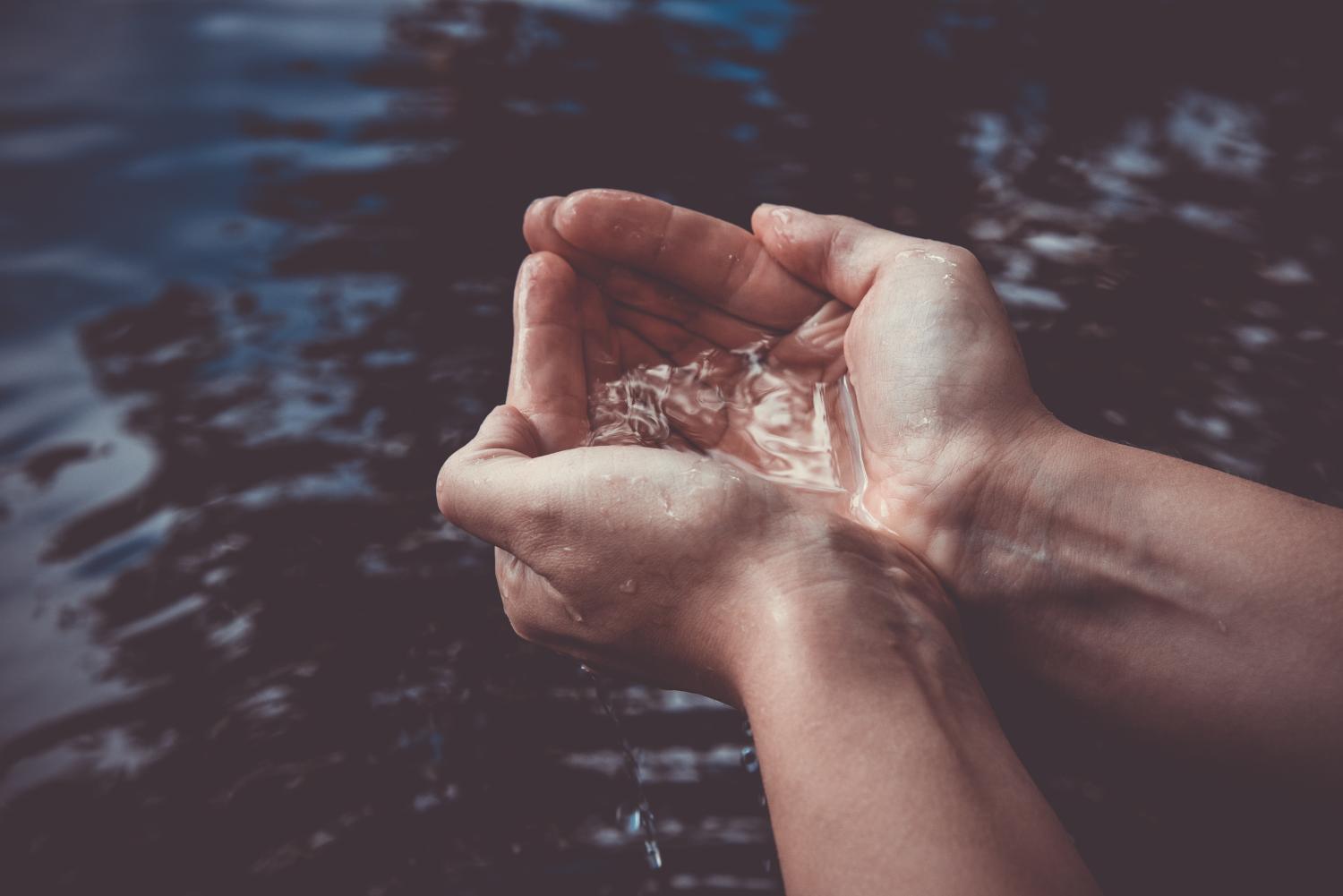 Finland's actual development cooperation disbursements accounted for 0.47 per cent of the GNI target in 2020. This share raised Finland above the DAC average (0.3%). Domestic consumption of materials grew by almost 5 per cent in 2020, even though three million tonnes less foreign direct inputs were imported than in 2019. Finland's exports in goods, on the other hand, fell from 50 million tonnes to 46 million tonnes.

Every year, the Center for Global Development ranks 40 countries in the world using the Commitment to Development Index (CDI), which assesses their dedication to improving the status of people living in the poorest nations. The CDI scores countries relative to their size and economic weight to measure countries according to their potential to help. The part of the index that relates to trade policy was chosen as an indicator for the global responsibility basket because it is of utmost importance that developing countries participate in international trade and benefit from it. The index consists of four area:

Increasing the exports of developing countries and improving market access for them, especially for the least developed countries, has also been recorded in the UN's Sustainable Development Goals.

Finland ranked seventh in the 2020 CDI measuring trade policy, after ranking sixth in 2019. Even after falling by one notch, Finland's ranking is still excellent. The countries that placed ahead of Finland were other EU Member States (the Netherlands being first) as well as Australia, New Zealand and the United Kingdom. The higher ranking of the countries ahead of Finland in the index is explained by their more open trade in services policies, better foreign trade logistics and, for some countries, lower agricultural subsidies.

Trade policy is an important part of Finland’s foreign policy. Finland participates actively in the implementation of the clauses on trade and sustainable development in the EU's free trade agreements, for example, by promoting exports of environmental products and by working actively to eliminate fossil fuel subsidies at the international level. Trade policy can also be used to improve market access for products from developing countries to enable these countries to better integrate into global value chains. As part of the EU's common commercial policy, Finland unilaterally grants tariff preferences to developing countries.

Finland's development trend in the index has been moderately rising over several years. Finland’s ranking in 2020 is the second best so far. A year earlier, the ranking was one place higher. In the earlier years (2003–2018), Finland's ranking altered between 8th and 12th.

When looking at the trade in services, Finland's score is almost the same as the median, but poorer than in all reference countries. This is because of issues such as the regulations and procedures concerning immigration and the requirements for the place of residence of persons in the senior management of companies. Opening up trade in services would improve Finland's score on the index.

As the index is periodically changed, the indicator is only suitable for describing the development of different countries on the timeline to a limited extent. It rather provides a situation picture at a specific time. The indicator can also be used for comparisons between countries in individual years.

Export and import of goods decreased – nevertheless, domestic consumption of materials increased in 2020

In Finland, domestic consumption of materials grew by almost 5 per cent in 2020, even though three million tonnes less foreign direct inputs were imported than in 2019. This is mainly due to the increase in the use of domestic direct inputs but also to reduced export of goods.

Finland exports environmental technology and services in a global scale and invests significantly in innovations in areas such as the circular economy. The export of these goods and services brings benefits from the perspective of sustainable development at the global level.

Imports and exports in tonnes in Finland. (Source: Statistics Finland)

In addition to value, foreign trade can be measured in quantity. Imports and exports in tonnes indicate changes in the material dependencies of the national economy. Information on import and export volumes is used to calculate domestic material consumption. It is important to be aware that with an increase in foreign trade, also a considerable part of the environmental effects caused by Finns are now created outside our national borders. On the other hand, many of the products imported to Finland are further processed into export products. Because production in Finland is on average ecologically more sustainable than in many other countries, no unambiguously negative or positive conclusions can be drawn by examining only the material flows.

In 2020, 54 million tonnes of foreign direct inputs were imported to Finland, which was three million tonnes less than in 2019. Finland's exports in goods, on the other hand, fell from 50 million tonnes to 46 million tonnes. The reduction in export and import in tonnes is due to the coronavirus pandemic, the economic impacts of which were also visible in Finland's foreign trade.

Although direct comparisons of country-specific material flows are challenging due to the varying nature of national economies, it can generally be said that the material flows resulting from Finland's foreign trade are significant for a small country. Overall, Finland's specialisation in sectors such as oil refining and the forest industry is reflected in extensive material flows. These material flows are further boosted by the mining industry, which has experienced strong growth in Finland in recent years and in which large material masses are mobilised. Like many other countries, Finland has outsourced raw materials production and the manufacture of labour-intensive products to countries with a relative advantage or to countries with natural resources that Finland does not have.

Finland imports particularly fossil energy materials as well as metals and minerals while it exports a significant amount of renewable wood, wood processed products and biomass and biomass products. Of imported fossil energy materials, especially coal and crude oil are emphasised. A significant share of these are processed into refined products. Because a rapid reduction in the use of fossil fuels is necessary to mitigate climate change, the imports of fossil materials can be expected to decline.

The circular economy is based on a comprehensive view of sustainability, from energy and material efficiency through the entire product life cycle to the reuse/elimination of waste. According to the principles of the circular economy, we are in the middle of a transition in which the focus is, instead of products, on services such as sharing services and platforms, maintenance, repair (including proactive industrial maintenance), and the benefits brought by digitalisation for improving the efficiency of global production chains. The ultimate goal is a carbon-neutral circular economy.

At the concrete level, Finland also exports environmental technology and services, such as energy-efficient and material-efficient solutions globally. Finland makes significant investments in innovations, for example, in the circular economy. Exporting these products and services globally benefits sustainable development also at the global level, but measuring it is challenging and requires further development.

The material flows of many products include so-called hidden flows. The hidden flows associated with imports consist of such direct and indirect material and energy inputs made abroad in the purchasing and manufacture of imports that are not visible in the weight of the raw materials and products. Hidden flows can include, for example, land use and the greenhouse gas emissions created in the country from which a product has been exported. The hidden flows of imports may be manifold compared with the direct inputs.  The amount of hidden flows in tonnes does not, however, as such reveal how sustainably the product or raw material has been manufactured as the production conditions may vary a lot between countries and within countries, even between individual factories.

In 2020, Finland's development cooperation funding was above the DAC average

In 2020, Finland's actual development cooperation disbursements accounted for 0.47 per cent of GNI. With this share, Finland was above the DAC average (0.3 per cent), at the same level with France and Belgium.

Finland's development cooperation disbursements have been increasing in recent years, and their share of GNI was at the highest level since 2015.

The global basket indicators show how Finland contributes to the implementation of the Sustainable Development Goals in the world. Finland is working on a very broad scale to promote sustainable development at the global level. The most recent SDG-specific report on Finland's actions is included in Finland's Voluntary National Review (VNR) on the implementation of the 2030 Agenda for Sustainable Development in 2016–2020. Finland’s report can be found on the UN website.

The indicators included in the global basket have not been changed since the previous review.