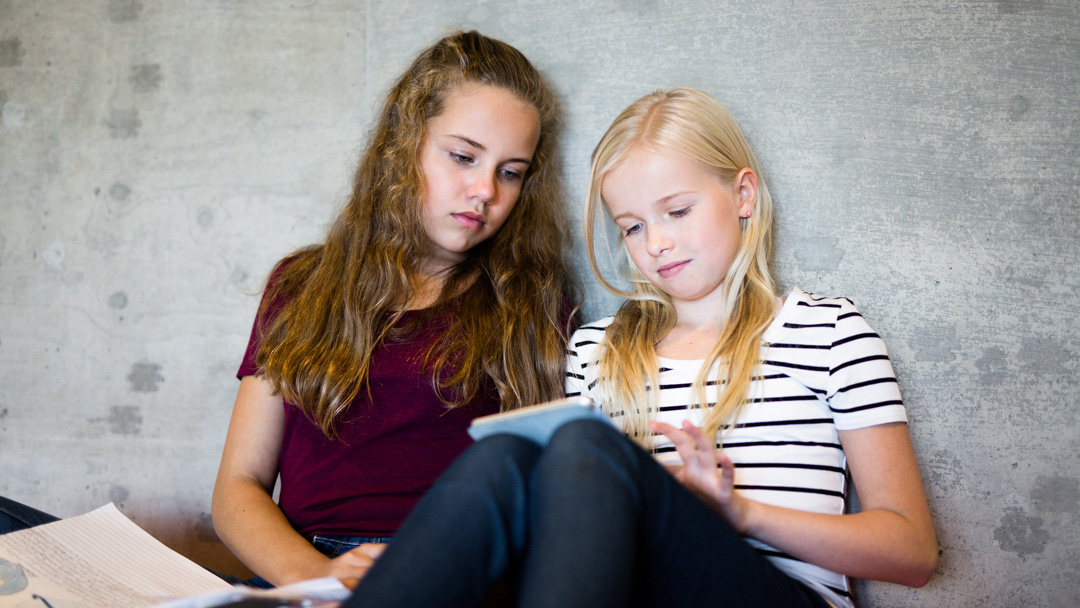 The level of education of Finns is increasing slightly, but it is slow in relation to key reference countries. There are some worrying features in the development of young people’s skills as measured by the OECD as well as in adults’ participation in competence development. Libraries are an important cultural service for Finns, and digital visits are constantly growing. After a long period of decline, RDI investments have taken an upward turn. Worrying developments can be observed in areas such as participation in adult education and in the PISA results of young people.

Finns’ level of education is slightly increasing, but there are notable gender differences

The share of those without upper secondary qualifications in the population is around 15 per cent. The share of people with a master’s or bachelor’s degree is a little under 30 per cent.

Although the level of education of Finns is increasing slightly, development in other key reference countries is faster.

The Government has set the target that at least 50% of the young age groups would complete a higher education degree.

While the number of those without upper secondary qualifications has decreased, around 15 per cent of each youth age group continues to only have completed basic education. There is still a growing gap between the level of education of men and women.

Adults are active in completing training and education, although participation is decreasing slightly

In international comparisons, Finns are active in developing their own competence. Along with the other Nordic countries, Finland is one of the leading countries in participation in education and training.

By now, the phenomenon of the development of competence in adulthood has been relatively stable for three decades. In a 2017 study, activity had somewhat decreased and was close to 1990 levels. The structure of participation by different population groups has also been very similar throughout the period considered.

The aims of participation in adult education include motivating those population groups where the level of prior competence is below average to develop their competence.

Young people’s competence remains high in an international comparison, but the trend is worrying

Literacy has traditionally been strong in Finland. Monitoring trends in literacy is important as this is an underlying factor in media literacy and multiliteracy, which are of increasing importance. Media literacy and multiliteracy are concerned with the ability to find out, process and interpret information produced in different ways and for different purposes, and to use this as the basis for forming an overall idea of societal issues, such as sustainable development.

There has been a significant slump in the literacy of Finnish youths. The international PISA comparison has examined the reading literacy of 15-year-olds in the countries and regions participating in the assessment. Finland has ranked among the top countries. From 2000 to 2006, Finnish youths scored high in reading literacy, at 547–543 points, while the average score of the OECD countries was 500 with a standard deviation of 100. In 2018, the literacy scores of Finnish youths decreased to 520 points. In all countries participating in the PISA study, girls succeed better in reading literacy than boys. In Finland, the difference in the competence of girls and boys is the biggest in all OECD countries. Even though regional differences in Finland have traditionally been minor, the Helsinki region fared better than other regions in the most recent study.

The PISA study has determined different proficiency levels for reading literacy, of which level 2 is considered necessary for being able to participate in today's society. In Finland, the share of pupils remaining below level 2 has increased from 7 per cent to 11 per cent. At the same time, the share of readers at the highest end of the scale (over level 5) has decreased from 18.5 per cent to 13.7 per cent.

According to the OECD PISA study, the share of those scoring highest and lowest is equal among Finnish young people. On average, mathematical skills are poorer than literacy or skills in natural sciences.

By now, the competence of young people has been declining for a long time in the international comparison.  The share of those with the poorest skills has particularly been increasing. Competence levels have decreased in all measured areas of competence.

Library visits rising again, library use on an excellent level in Finland

The library institution plays an important role in the context of societal knowledge and skills as it reaches all population groups. Library services are particularly important for those outside of education and working life as they are at a greater risk of being excluded from developing and changing knowledge and competence needs compared to other groups. Library visits and the borrowing of library materials reflect the population's willingness to educate themselves and implement active citizenship, which are also important for understanding, adopting and implementing sustainable development activities.

In 2019, there were around 53.7 million physical library visits and 47 million online visits. The number of visits increased from the previous year. Libraries play a major role for citizens. There has also been a minor increase in the borrowing of books in recent years (approx. 70 million books borrowed in 2019).

No quantitative targets have been set for the use of libraries. Instead, the targets of libraries are related to cultural policy objectives such as managing the infrastructure of the library institution, the availability of library services and the free use of public libraries.

Borrowing and physical visits to libraries increased up until 2004 after which they both started to decline. This change is related to the development of information society, where information acquisition and access channels have become more diverse. Nonetheless, Finland’s library visit and borrowing rates continue to be among the highest in the world.

In previous years, the dwindling of physical visits has been compensated for by online visits to libraries, which have increased at the same time.  Above all, this development is a result of digitalisation. Online services have evolved, which has moved some library services online. There was a dramatic increase in online visits in the first years of compiling statistics on the topic. The statistical guidelines for online visits were specified from 2014 onwards, which can be seen as a decrease in online visits. Technical changes in information systems were also made in the following years. As of 2017, the data are again comparable. Online visits increased in 2018 and further in 2019.

The total expenditure on research and development has increased moderately over the past few years.

According to Statistics Finland, research and development expenditure was EUR 6.4 million in 2018.

The National Roadmap for Research, Development and Innovation (RDI Roadmap) has set an aim to increase RDI intensity and the target level of RDI activities. The aim is for Finland to remain at the forefront of both the production of new knowledge and the development and application of technology. The RDI roadmap has been prepared to promote the achievement of this goal and the resulting sustainable growth, as well as to create an operating environment that encourages both Finnish and foreign companies to invest in RDI activities in Finland.

There was a significant decline in public and private investments in research and development activities during the first half of the 2010s. In recent years, R&D investments have started growing moderately in companies, the higher education sector and the public sector alike. In the present decade, a decline in investments in research and development activities has been particularly significant in the private sector. The relative share of the private sector in R&D investments has not returned to the level at which it was at the beginning of the decade.