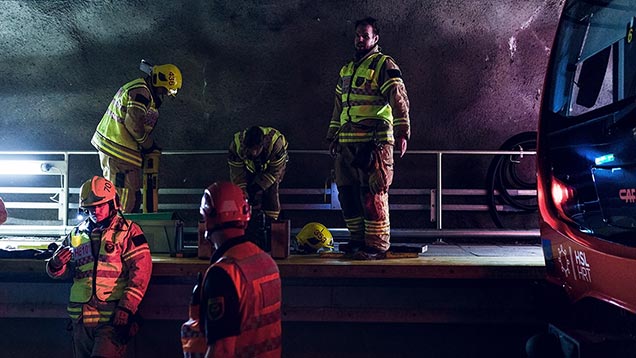 The Ministry of the Interior has submitted the draft equality and non-discrimination action plan for rescue services for statements. The aim of the action plan is rescue services that actively and systematically promote equality in the long term. The draft action plan will be out for comments from 24 May to 30 June 2021.

Diversity in rescue services would be seen as better customer service

The survey of the current state conducted during the preparation of the action plan strengthened the prior view that rescue services are a sector strongly segregated by sex. Women account for only 13% of full-time, full-pay personnel. Approximately one in three emergency care workers are women. Moreover, there are very few people of an immigrant background working in rescue services.

Rescue education is currently only provided in Finnish, which makes it more difficult to ensure the provision of services in both national languages. More attention should also be paid to the availability of services in Sámi. Education in the sector should also pay attention to rescuing disabled and handicapped people and taking them into consideration in safety-related communications.

“Rescue services should be representative of the entire population. The diversity of the sector plays an increasingly major role in preventing inequality and increasing the sense of safety in all population groups. Rescue services currently enjoy very strong trust, but we must continuously work for it,” says Kimmo Kohvakka, Director General for Rescue Services.

The survey of the current state also indicated that harassment is common in the field: men are harassed by customers and women by colleagues. Furthermore, it was noticed that the statutory obligations regarding plans, quotas and intervening in harassment are incompletely fulfilled in the field. The field also needs to increase expertise in non-discrimination and equality, both within organisations and at the national level.

“The shortcomings and issues that emerged in the survey of the current state are alarming, and we are taking them seriously. As a central safety and security authority, rescue services must ensure that the principles of equality and non-discrimination are realised in our operations with regard to both personnel and service provision. The action plan submitted for statements will not fix the situation on its own; the sector must also actively and systematically promote measures to correct the situation,” Kohvakka emphasises.

In surveying the current state, the working group carried out questionnaires and investigations to obtain as comprehensive a view as possible of the realisation of equality in rescue services. Accounts were requested from Statistics Finland, Non-Discrimination Ombudsman, divisions of occupational safety and health of regional state administrative agency and the Emergency Services Academy Finland.

Questionnaires regarding the current state of equality and non-discrimination were conducted in both rescue services organisations and contractual fire brigades. In addition, the working group asked organisations representing population groups exposed to the risk of discrimination in a separate questionnaire how rescue services are seen from the point of view of the said population groups.

Aiming for rescue services that actively promote equality and non-discrimination

“Equality and non-discrimination apply to all rescue services parties, and therefore they should also be promoted among all of the parties involved in the field. We are hoping to receive comprehensive statements from both within the sector and from the different population groups to which we provide services. Only this way can we get the best possible action plan for the field,” Kohvakka says.